“$6500 : “There’s Something About Foxxo” A special short story
written by our proofreader and story adviser,
Leonard Kirke, and approved by me. This short tale is about
Foxxo’s first big business deal, though it might not
turn out the way he planned. I will do special illustrations for this short story.”

See more information on the stretch goals at the campaign page here :CLICK

Thank you so much, everyone ^^
Now, the next goal is waiting to be reached,
a special comic for book 2, ROBIN WUFF!

I want this to be the first episode in an occasional
mini-series chronicling the adventures of Robin Wuff.
Since the characters are so perfectly matched,
I don’t want it to end with just one comic. 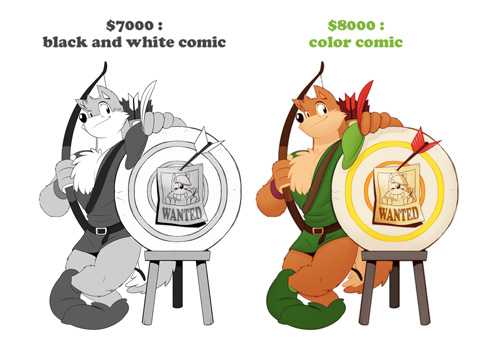